Here is the completed Ladybug set, the booties and nappy cover were made using existing patterns but they had to be altered so I could use 4ply yarn so they would be soft enough for a newborn, and so each item would be nice and matching. 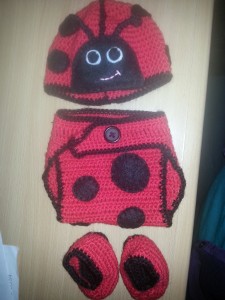 I just think this set is simply adorable.

My future niece is going to look super cute as a ladybug only 4 months to go.

I have plenty of time to make her lots of other super cute things and maybe a few useful ones as well. 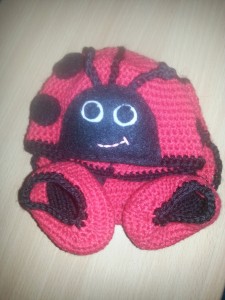